Nylenda is set to release their fourth single Fires Light 2. November at Eget Selskap/Brilliance. Fires Light might be their most ambitious release yet, through 6 minutes they take you on a full-fledged journey through their universe of psychedelic pop, space disco and krautrock. The lyrics are partly inspired by a dream sequence from the cult TV-show Twin Peaks. The music overlay this slight surrealistic and dreamy mood, where the progression of the song takes unexpected twists and turns along the way. The Norwegian trio nylenda serves up a danceable mix of psychedelic pop and electronic music. Using an all hardware set-up of analog synths, drum machines, organ, bass and guitar, nylenda has created an idiosyncratic sound that is both fresh and catchy. Since the release of their first single “Burning Eyes” in the fall of 2017 nylenda has put them self on the map of Norway ́s music scene, playing at the by:Larm festival 2018 where they were granted a song writing scholarship from NOPA (Norwegian Society of Composers and Lyricists), Vill Vill Vest festival 2018, and Liveurope Festival Oslo that presented some of the most exciting new acts from Scandinavia to bookers across Europe. Nylenda is a psychedelic electronica band from Norway formed in 2015. With analog synths, drum machines, organ, bass and guitar, nylenda creates experimental and danceable blend of electronic music that features elements from 60’s and 70’s psychedelic, indie and krautrock.

The band name is derived from the Norse word “nýlenda” which means “new land” in the meaning of a newly cultivated land, a new home. Nylenda is also the name of the street where the two brothers, John and Sigbjørn, grew up in a small town on the west coast of Norway. And thus, also represents something they have left behind and carries the meaning that one can only look ahead through the eyes of the past. 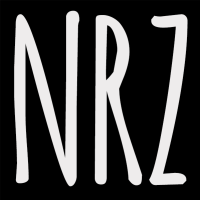